At the TSG#88e Plenary meetings - ending July 3, 2020 - Release 16 was completed with both the Stage 3 freeze and the ASN.1 and OpenAPI specification freeze being approved. 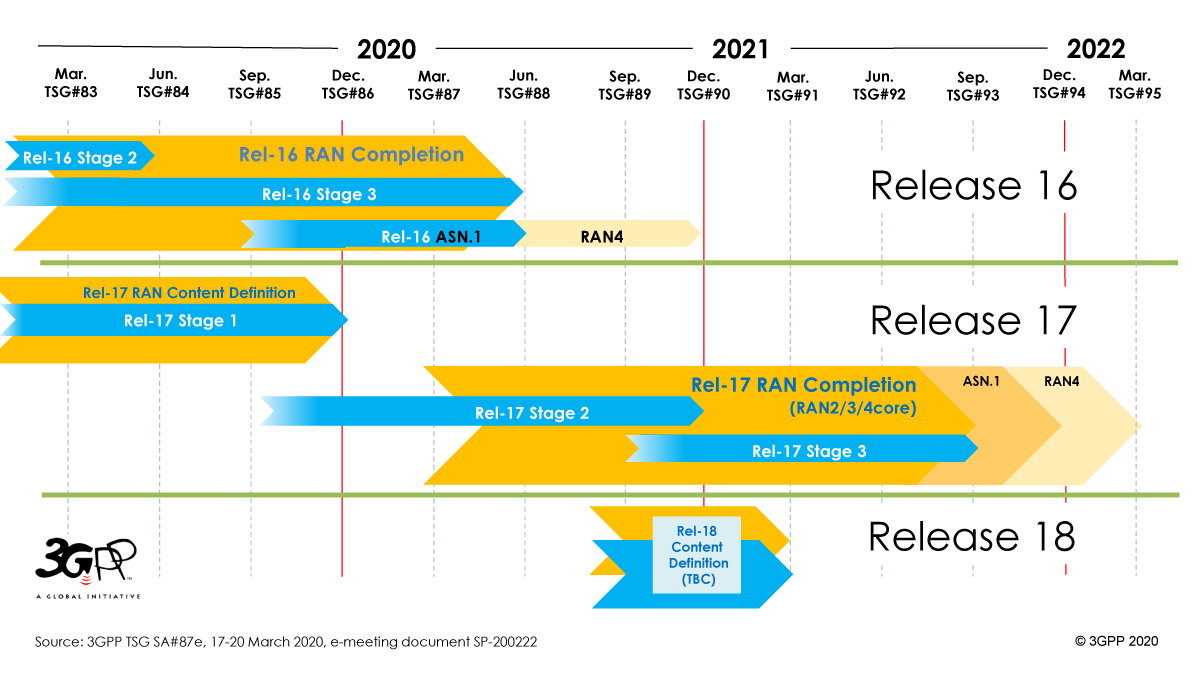 The "Release 16 Description; Summary of Rel-16 Work Items" (TR21.916) is now available, with the Work Plan manager's summary notes for each of the Features within.  Although the detailed data on each piece of work (Studies, Work item descriptions, Features) is available via the work plan, or via the 3GPP Portal, we hope that the "initial state" (pre-Change Request state) of the Features in TR21.916 will be of use to you. 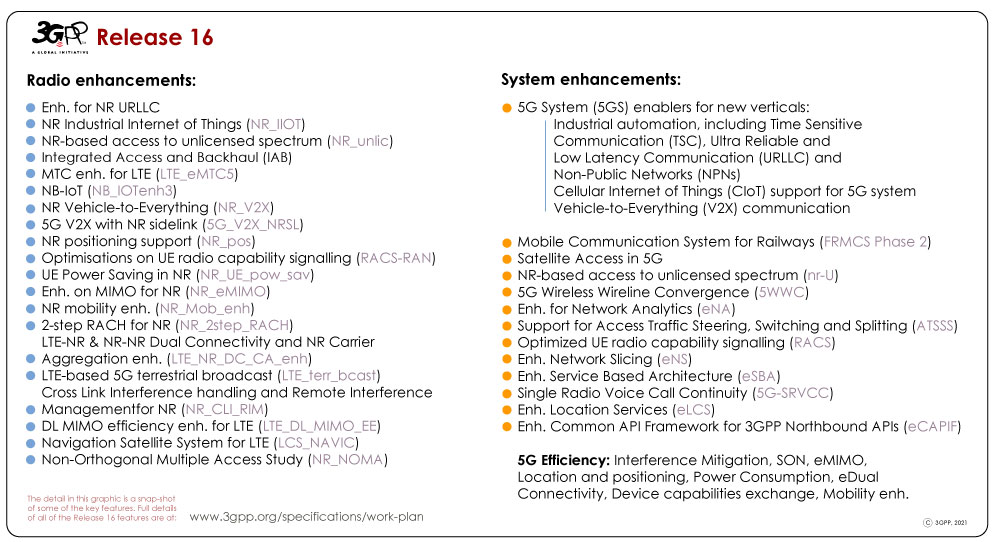 A shift of the Rel-16 timeline was approved at TSG#87 plenary e-meetings:

Release 16 is a major release for the project, not least because it brings our IMT-2020 submission - for an initial full 3GPP 5G system - to its completion (see details below).

Technical Reports (the result of the study phase) have also been developed on broadening the applicability of 3GPP technology to non-terrestrial radio access (initially satellites, but airborne base stations are also to be considered) and to maritime aspects (intra-ship, ship-to-shore and ship-to-ship). Work also progresses on new PMR functionality for LTE, enhancing the railway-oriented services originally developed using GSM radio technology that is now nearing end of life.

As part of Release 16, MC services are extended to address a wider business sector than the initial rather narrow public security and civil defence services for which they had originally been developed. If the same or similar standards can be used for commercial applications (from taxi dispatching to railway traffic management, and other vertical sector scenarios currently being investigated), this would bring enhanced reliability to those MC services through wider deployment, and reduced deployment costs due to economies of scale – to the benefit of all users.

In December 2018, an adjustment was agreed at TSGs#82 - to allow a 3 month shift in the Functional freeze (of features) and the ASN.1 completion for both Release 15 and Release 16:

Some Background on Release 16 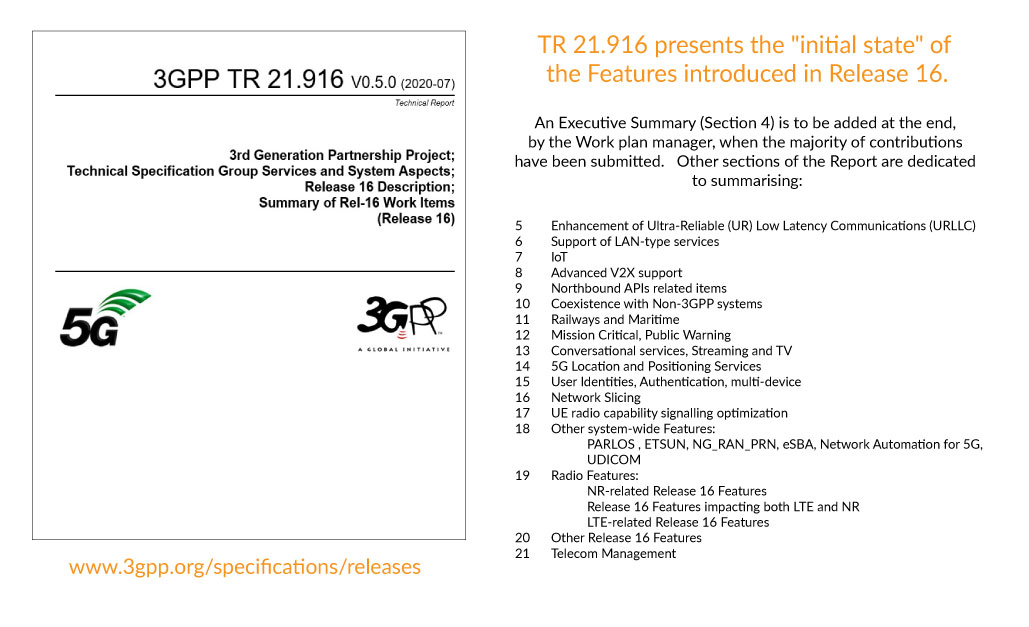 Another way to get details of the features and work items,by 3GPP Release, is on-line in the list of features and study items.