Lifetime achiever gets his Award

Stephen Hayes has been granted the 3GPP Lifetime Achievement Award, nominated by his peers and approved by the Project Coordination Group (3GPP PCG), the leadership group in the project.

The award serves not only as recognition of Stephen Hayes’ contribution to 3GPP, but it is also a tribute to his natural empathy and ability to motivate his colleagues towards the fulfilment of common goals.

Stephen has been an unwavering contributor to issues in the Core Network, Systems and Architecture as well as the Radio Access Network area. Much of the time has been spent in leadership positions in 3GPP, such as TSG CN Chair, the TSG SA Chair (for three terms) and the TSG RAN Vice-Chair positions. During all this time he conducted meetings with great fairness and with the focus on finding common ground, often when the experts involved had opposing views.

During yesterday’s Joint TSG CT, RAN and SA plenary session, Stephen Hayes accepted the award with a few words to the 500+ delegates attending the on-line presentation:

“I have been in 3GPP a long time, when we first formed the project I think that none of us expected it to go beyond 3G – hence the name – but here we are 20 years later, still going strong. That is due to the people in 3GPP and the spirit of cooperation developed over time."

"There are meetings going on this week and we are so focused on all of the obstacles that we are working on. It is useful when you are frustrated or anxious about the progress we are making to take a look behind you and have a look at what we have achieved. We have all been on that journey together, the people you work with, the colleagues and competitors, people you agree with and people you don’t, the people that talk a whole lot and those that hardly talk at all…they are all your companions on this journey.”

Speaking on behalf of the whole project the TSG leaders made the following observations:

Georg Mayer, TSG SA Chair, thanked Stephen Hayes for “The Inspiration and the fairness that you show to all delegates. You are a person that works towards the good of the project. Everyone in 3GPP knows that you will always try to find a way to make things move forward.”

Wanshi Chen, TSG RAN Chair, congratulated Stephen Hayes on the great commitment that he shows: “Your efforts have greatly contributed to 3GPP’s work. The recent discussions on e-meetings went very smoothly, because of your expertise – This is only one example of the many leadership & expert contributions that you have made.”

Lionel Morand, TSG CT Chair, spoke of his first meeting with Stephen when Lionel was appointed CT4 Chair: “You were always present and helped me so much in the role. As well as the on-line work, which is significant, I want to thank you for all of the unseen help, support and assistance, much of which is not seen by the other delegates.”

Balazs Bertenyi, a fellow former TSG SA and the recent RAN Chair, said: “You have always been the voice of reason, never getting overwhelmed by all of the hoop-la around us. This is so valuable in these times. You have an innate feel for what can work for 3GPP – and time has usually proved you right. As a former Chair I can tell you that many of the things we know as a Chair, comes from you. This award has found its best home today.” 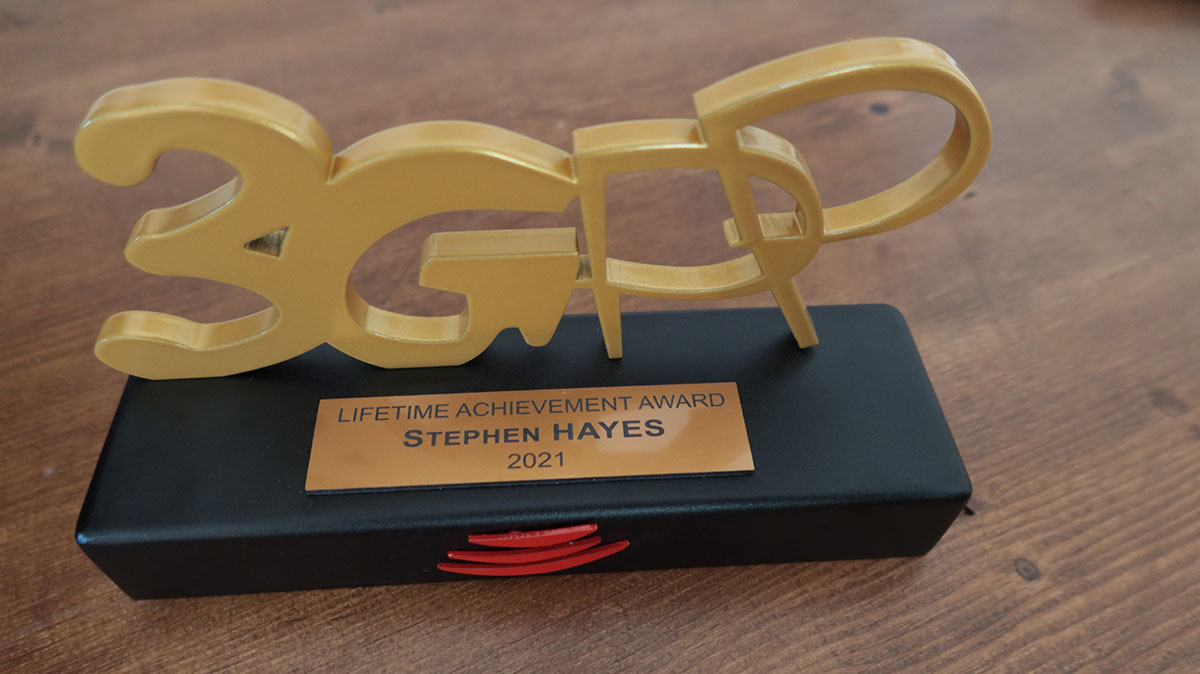 As well as his outstanding leadership qualities, the nomination of Stephen Hayes for the 3GPP Lifetime Achievement Award recognises that he has laid the foundations for close relationships between 3GPP and other key bodies in the mobile eco system, such as the Internet Engineering Task Force (IETF), where he became the first 3GPP Liaison person, and work with the Broadband Forum (BBF).

Also, as mentioned by Wanshi Chen above, Stephen is currently the Chair of the Working Procedures Group, ensuring that 3GPP can keep going during the Covid-19 crisis, by his skilful administration of the work on extending the 3GPP Working Procedures with a new Annex to make it possible for the 3GPP groups to perform their tasks during e-meetings.

Stephen Hayes is one of the supporting pillars of 3GPP - Without him and his like the discussions and decisions in 3GPP would be diminished.