In addition to making progress on Release-17 studies and specifications, all three TSGs have now held leadership elections, for Chair and Vice-Chair positions. Elections in 3GPP are held every two years, with the officials appointed in a series of election rounds of delegate votes, on behalf of their individual 3GPP member companies or organizations. 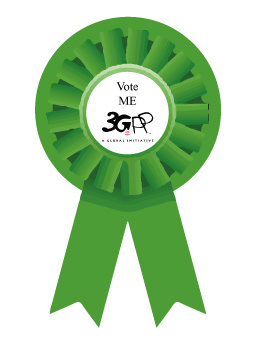 The 3GPP Working Procedures allow for officials to stand for a second consecutive term. This was the case for both TSG CT and TSG SA chairs, with Lionel Morand and Georg Mayer respectively offering themselves for another two years at the helm. Both were elected unopposed, by acclamation.

Balazs Bertenyi, having served two full terms as TSG RAN Chair, now hands the baton to Wanshi Chen, of Qualcomm, who was elected during TSG RAN#91-e. Wanshi is the current TSG RAN WG1 Chair, so has been deeply involved in the specification of a wide range of NR and LTE features.

Once the Chairs had been elected, the e-vote turned to the appointment of the Vice-Chairs, of which there are a maximum of three per TSG. By the end of Tuesday, March 23, we had the full line up of Plenary officials, ready to serve for the next two years:

A new way to vote

These elections were the first to be held during virtual meetings, necessitating the roll-out of a new voting tool over the 3GPP portal, to allow the elections to proceed.

The results have been a stunning success, with the new voting app. now set to go on to be the election tool for future elections. Issam Toufik, 3GPP MCC Director, acknowledged the work put in to making the vote application work both within the MCC and the ETSI IT team. He said: “The feedback we have so far is that the interface was user friendly, efficient and most importantly; the results have been transparent and accurate. We have some enhancements to perform on the tool, but we have made an impressive step forward with e-voting. We have a lot of elections this year, so it is very encouraging that the first experience of the voting tool has been so positive.”

Following these elections at the TSG#91-e Plenary meetings this week, all TSG Chair and Vice Chairs will now have their appointment approved by the next 3GPP Project Coordination Group (PCG) e-meeting on April 27. 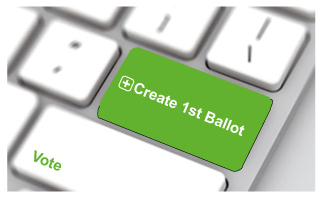