TSG RAN#95-e was a hectic and critical meeting, held electronically from March 17th to March 23rd, with 5 working days spread across two weeks and a 48-hour quiet period imposed during the weekend.

What follows is a detailed RAN#95-e summary of the key areas covered by the meeting.

UTRAN Specs in Rel-17: One involved discussion in RAN#95-e was whether and how to automatically upgrade UTRAN specs (25 and some 34 specification series) from Rel-16 to Rel-17. After lengthy discussion, RAN#95-e concluded the following (see more details in RP-220906):

However, since such an issue requires coordination across TSGs, a Liaison Statement (LS) was sent to TSG SA and TSG CT (see RP-221015). The LS was carefully discussed in a subsequent joint TSG session, which resulted in the following conclusion:

Since the start of the pandemic in early 2020, 3GPP meetings have been completely converted into electronic ones.

Recently, a decision was made by the 3GPP’s specially convened meeting hosting decision group to host TSG#96 as a face-to-face (F2F) meeting. Decisions for other potential F2F meetings in 2022 are still pending.

For RAN, it is necessary to plan the RAN plenary and its WG meetings by considering the output from the decision group, while having a back-up plan in case of changes. The endorsed RAN meeting planning shown in the figure below reflects the target plan and the back-up plan, and also the need for a series of inactive periods during the meeting schedule, to attempt to ensure a better work/life balance for everyone.

In particular, one working agreement (#44), as declared by RAN2 (which was challenged), was resolved in a very smooth and constructive manner (see the compromise in RP-221003). This is a demonstration of the hard-working and constructive spirit among all the delegates involved.

Through the intensive discussion via emails and conference calls, RAN#95-e successfully declared that RAN Rel-17 is functionally frozen. There are some RAN Rel-17 projects with the approved exception sheets. These will be an important focus for the upcoming RAN WG meetings in 2Q’2022.

In RAN#94-e, a way forward on merging 5Gi into 5G was approved in RP-213532, with specific milestones set for both 3GPP and the Standards body in India - TSDSI.

In RAN#95-e, an LS (in RP-220028) from TSDSI was received, in which TSDSI confirms their commitment not to further maintain 5Gi as a separate standard for its evolution, as also communicated to PCG, TEC and ITU-R. TSDSI requests RAN#95-e to approve the technically endorsed CRs, as per the agreed way forward.

With that, the 5Gi merger is completed from RAN perspective.

Release 18 is an important release, marking the start of 5G-Advanced.  Discussion on potential RAN Rel-18 projects has been carefully planned and managed, starting from the first RAN Rel-18 workshop in June 2021.

As usual, RAN#95-e dedicated some time to handling matters related to ITU. In particular, the following liaisons were agreed by TSG RAN and sent to TSG SA:

In addition, the following LS was approved by RAN and sent to SA:

Despite the extreme challenges due to COVID-19 and the inevitable cancellations of all 3GPP physical meetings since the start of 2020, TSG RAN has successfully managed to deliver RAN Rel-17 (in terms of functional freeze) and approve RAN Rel-18 projects in a completely electronic manner (emails and conference calls). A deep appreciation goes to all delegates who have been extremely hard-working, patient, and constructive during this difficult time.

TSG#96 is upcoming very soon, as a first face-to-face meeting after a long two-and-a-half year break. I am eagerly looking forwarding to the happy re-union! 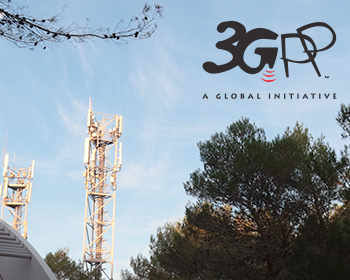