By Yannick Lair and Georg Mayer

A platform for mission critical (MC) communications and MC Services has been a key priority of 3GPP in recent years and is expected to evolve into the future by taking more requirements, from different sectors of the global critical communications industry, on board.

This article provides an overview of what was achieved so far in the MC domain within 3GPP and also gives an outlook of what can be expected in the near future. We plan to create a more detailed paper on MC Services, which will summarize the use cases and functional aspects of Rel-13, Rel-14 and upcoming Rel-15, later this year.

Driven by the 3GPP release schedule, the mission critical related functionalities have been phased across them, each release encompassing a complete set of standards for equipment vendors and operators to phase their implementations and deployments, based on market demands. 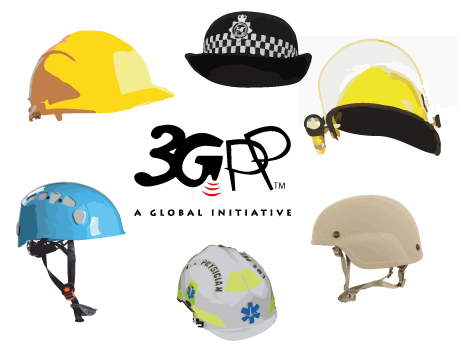 Prior to Rel-13, 3GPP standardized functionality that was later to serve as an enabler for MC Services. For example, MC Services benefit from the use of multicast bearers in LTE due to the standardisation of eMBMS and Group Communication System Enablers (GCSE). Additionally, D2D Proximity Based Services (ProSe) was enhanced to support public safety use.

3GPP entered the application domain by standardizing Mission Critical Push to Talk (MCPTT) in Rel-13, completed in 2016. To provide organizational support and focus a new working group - SA6 - was established in order to complete the new application related work in concert with other 3GPP working groups in less than one and a half years - by March 2016.

By achieving this challenging goal, 3GPP not only honoured its commitment to the mission critical industries but also demonstrated its ability to take on new, application related work and to complete it within a set timeline.

MCPTT was the first major step in a series of MC Services and functionalities demanded by the market. In Rel-14, completed in 2017, 3GPP added additional MC Services and enhancements to its repertoire of standardized applications, specifically:

The Rel-14 work on MC Services required not only a large set of new protocol additions and new security functionality, but also enhancements to the MCPTT Rel-13 specifications to enable reuse of common functionality across MC Services. Given the tight timeline for Rel-14 and with an eye on the upcoming 5G work, the MC Services were split into smaller, self-contained features in order to allow 3GPP to finish the majority of them in Rel-14, by September 2017, and to complete the remaining features in Rel-15, due to be completed in June 2018.

The MC Services introduced in Rel-14 offer stand-alone functionality that enriches the existing base of MC Services. The set of features included was carefully chosen so that implementers need not have to wait for the completion of additional standardized functionality in Rel-15. The Rel-14 MCVideo and MCData specifications therefore offer equipment vendors as well as network operators a consistent and fully specified set of standards, ready for initial implementation and deployment.

A detailed list of the functionalities completed in Rel-14 and Rel-15 respectively, can be found at the end of this article.

In Rel-15, the MC Services are further evolved. In addition to that, 3GPP is currently evaluating and studying further MC related topics for Rel-15 and beyond, in particular:

MCPTT Conformance Tests (so far only for Rel-13 MCPTT)

Conformance Testing (so far only for Rel-13 MCPTT) 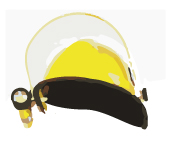