At the recent CT#76 meeting (June 2017), 3GPP has completed the Release 14 specification of CUPS – set to be a key core network feature for many operators.

CUPS stands for Control and User Plane Separation of EPC nodes and provides the architecture enhancements for the separation of functionality in the Evolved Packet Core’s SGW, PGW and TDF. This enables flexible network deployment and operation, by distributed or centralized deployment and the independent scaling between control plane and user plane functions - while not affecting the functionality of the existing nodes subject to this split.

Triggers for the work

Many mobile operator’s user data traffic has been doubling on an annual basis in recent years. The reasons for this growth in traffic are the rapidly increasing use of smart devices, the proliferation of video and other applications that they support and the use of USB modem dongles & personal hotspots using 3GPP networks.

As the penetration of these terminals increases worldwide and the interest in content-rich multi-media services (e.g. OTT video streaming services, Person to person video, content sharing) rises, this trend of rapidly increasing data traffic is expected to continue and accelerate.

At the same time, there is a strong consumer demand for user experience improvements, with lower latency being one of the critical KPIs to be met on the way.

CUPS introduces 3 new interfaces, Sxa, Sxb and Sxc between the CP and UP functions of the SGW, PGW and TDF respectively. 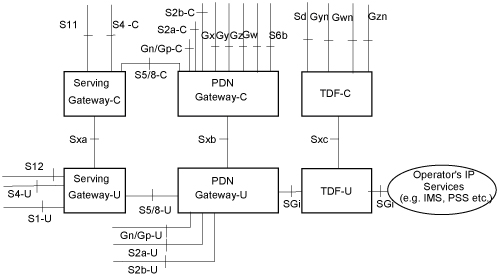 The following high-level principles were adopted:

Based on these criteria, CT4 decided to define a 3GPP native protocol with TLV encoded messages over UDP/IP, called Packet Forwarding Control Plane (PFCP) protocol, for the Sxa, Sxb and Sxc interfaces. 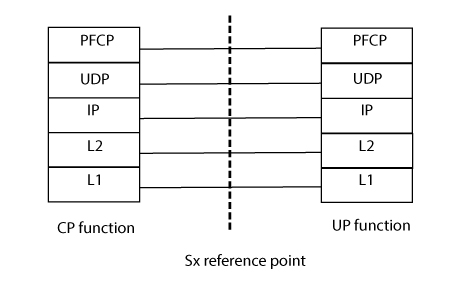 Details on the protocol on Sx

PFCP has the following main properties: 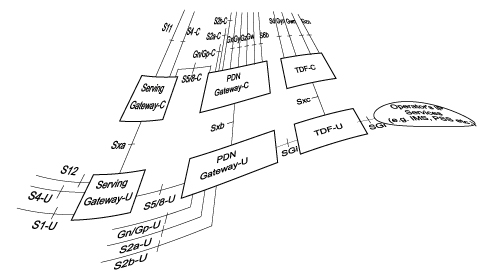