Broadcasting companies have looked to deliver all their services, linear and nonlinear, to portable and mobile devices for quite some time, but with only limited success. A major step forward was achieved, in 2015, when the “enhancement for TV service” (EnTV) study item1 provided a trigger for European broadcasters to get engaged in 3GPP.

Under the lead of the European Broadcasting Union (EBU), broadcasters submitted their initial requirements for EnTV (see Figure 1), including the obligation of public service broadcasters to offer linear TV and radio programmes free-to-air. These requirements called for modifications of 3GPP components, including the radio access, the system architecture and the service layer & core network.

3GPP TR 22.816, published in the summer of 2017 in Release 14, took on board all of these early broadcast requirements - providing promising solutions2 based on LTE. Since then many field trials have been carried out - or have recently been started - which are testing that support for the delivery of broadcast services3 . Their findings together with the results of a gap analysis carried out on Release 14 are currently being fed back into 3GPP to optimize the system and close existing gaps. This will help to support the current Release 16 study on LTE-based 5G terrestrial broadcast4 which is based on the requirements defined in section 9.1 of TR 38.913 for NR.

Distribution of TV and radio services is preceded by the creation of content, whether news, sports or entertainment. In these content-hungry times broadcasters are now looking at employing 3GPP systems for the production and contribution of content as well as its distribution. Content production is undergoing substantial change with the introduction of IP based technologies along the entire work flow. Agile remote production has become an important target, both to meet the 24/7 demand for content and to help reduce costs.

However, to be successful, distributed resources need to be bundled in a flexible manner, to avoid duplication of work and to make the best use of existing technical infrastructure. The increasing data rates demanded by video and audio sources are also posing severe challenges for broadcasters. Furthermore, there is likely to be an increased expectation – at least amongst consumers - that the capabilities offered by 3GPP systems should quickly enable new services in all environments where TV and radio are consumed; at home, at the game or on the move.

Consequently, EBU together with industry partners has proposed to start a study item in 3GPP working group SA1 on audio-visual production (FS_AVPROD)5 which aims at the Release 17 timeframe. Currently, use cases are being collated and corresponding new technical requirements for the 3GPP system are being identified, which will be included in TR 22.827 (6). Some of these use cases will entail very challenging technical requirements in terms of calling for synchronized capture devices to deliver very high data rates at very high velocities, simultaneously, requiring very low latencies.

Traditionally, the distribution of services concurrently to a large audience using a broadcast mode of operation has been - and still is - an essential pillar on which the global broadcasting industry rests. 5G is now opening the way for 3GPP broadcast features to be used by other industrial sectors or ‘verticals’ – including Public Protection and Disaster Relief (PPDR), automotive and broader IoT markets - for new use cases beyond pure media.

Amongst the broadcast community, there is an ongoing debate about 5G deployment models. Broadcasters would prefer having a range of options available, including not only MNO-centric models, but also private networks and others. Nevertheless, it will be important to ensure seamless interworking between different networks and that the same equipment, chipset, functionalities, and network features can be used in different deployment scenarios.

Whilst cellular networks are the primary focus of the 3GPP work, 5G has the potential to be deployed on different network infrastructures, including satellite and terrestrial high-power-high-tower networks. Different network infrastructures may be used in a complementary or collaborative way to make efficient use of network and spectrum resources.

EBU and its Members are committed to a continued involvement in 3GPP and are open to collaboration with other stakeholders.

2 An overview about the EnTV study and the resulting specifications can be found at http://www.3gpp.org/news-events/3gpp-news/1905-embms_r14. 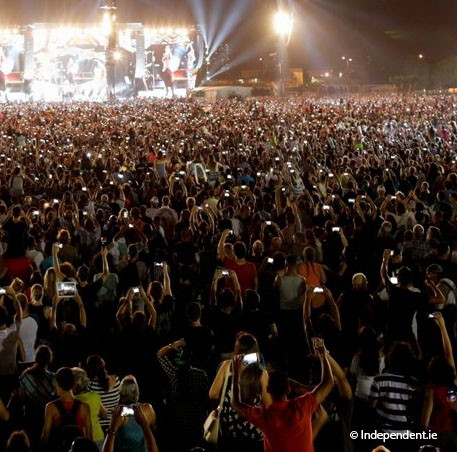